From 2016-2021 the Centre for Ethics and Poverty Research (CEPR) focuses its activities in three key research areas within its broader mission of interdisciplinary poverty research, and in particular the contribution of ethics and philosophy to a better understanding of poverty and social exclusion.

​The Centre for Ethics and Poverty Research (CEPR) examines a variety of normative approaches towards poverty and social exclusion, including philosophical and theological ones. One research programme in this area is „Enacting Catholic Social Tradition“, which questions the meaning of applying - or enancting - the principles of the Catholic Social Tradition (CST) to issues of poverty. To this end, CST is examined as a particular form of applied normative theory, in various social contexts and under various circumstances. Insights from the discussion about the nature and value of applied philosophy and ethics are brought into discussion with CST.
​
​A second research programme in this area is “Mapping Catholic Social Tradition: Catholic Social Tradition and Contemporary Political Philosophy”. It examines systematically the place of CST and its socio-ethical concepts and theories in the landscape of contemporary social and political philosophy. In particular questions of poverty, social exclusion and inequality are of interest here. What is the particular position of CST towards these phenomena and how does it justify them? Are there significant overlaps or tensions between CST and other major approaches like the capability approach, resourcist approaches, marxist and critical theory? 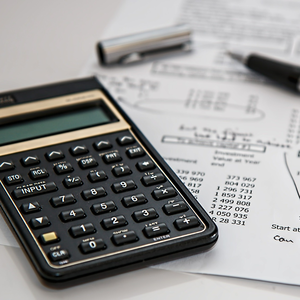 In recent years, the Centre for Ethics and Poverty Research (CEPR) contributed extensively to the discourse on child poverty and severe, absolute forms of poverty in affluent societies. This way, CEPR generated insights in particular forms of poverty that can be framed by the concept of fundamental poverty. Fundamental poverty is a form of poverty that coins the whole of a human existence. Child poverty shapes the very identity of and the manner how the children interact with the world in a long-lasting way. Child poverty leads to a “mind shaped by poverty” (Regenia Rawlinson). Absolute poverty is severe poverty that denies basic human needs. These forms of poverty are “fundamental” because they shape the basic code of a life in a long-lasting manner, influencing daily routines, basic opportunities and fundamental decisions. Main concern in the research area of fundamental poverty is to contribute to two under-researched areas and to link poverty research and poverty alleviation.
​
In the program “Absolute poverty and context-sensitive reasoning” the CEPR aims at examining three questions: (i) an analysis of the concept of absolute poverty; (ii) an exploration of poverty in Europe and the significance of the absolute poverty concept as an descriptive instrument to grasp certain phenomena of poverty in Europe; (iii) design of a theory of context-sensitive reasoning and planning of reasonable measures to combat absolute poverty in Europe. 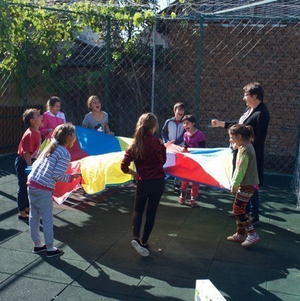 Culture and the spatial environment are seen as crucial determinants for personal well-being. Efforts to alleviate poverty and to surmount precarious living conditions have thus to deal with these systems in an adequate way. The research focus on Culture and Precarious Lifeworlds is doing this by developing three theoretical approaches. At first, “Community-based poverty research” investigates the role of social institutions to empower underprivileged people by taking cultural goods as facilitators into account. Then, “Responsiveness of poverty alleviation” analyses the effectiveness of instruments developed in the first approach. And at last, “Space-sharing and migration” applies these approaches to the geographical context for the purpose of an “Ethics of social spaces”. All three strands will eventually lead to a new meta-theory on poverty alleviation and new forms of social-cultural diversity that allow for a contemporary idea of well-being.

​This common frame grounds on three pillars that try to find answers to questions such as: (i) what types of relationships between well-being and poverty alleviation are given? (ii) how do cultural goods contribute to the production of poverty (by mechanisms of social exclusion) as well as to the mitigation of poverty (by mechanisms of cultural participation)? (iii) what is the impact of an ethically founded poverty research on strategies of poverty alleviation?